MKT has delivered a cottage cheese line to Valio Eesti AS

In the spring of 2018, MKT delivered a cottage cheese line to Valio Oy’s Estonian subsidiary Valio Eesti AS. The new line will begin production in the autumn of 2018.

This is the first line produced solely by MKT

In April 2018, one of MKT’s large projects achieved a major milestone when the cottage cheese line commissioned by Finnish Valio’s Estonian subsidiary Valio Eesti AS was delivered to Laeva Meiere’s production site in Tartu. The line includes a cheese vat, a rinser, a dryer and a mixer.

“The Laeva Meiere’s cottage cheese line project, in its entirety, has taken us an entire year. For us it is a historic case, as for the first time we have supplied our customer with the entire line with all its components,” rejoices Petri Kalliokoski, CEO of High Metal Oy and MKT Dairy. 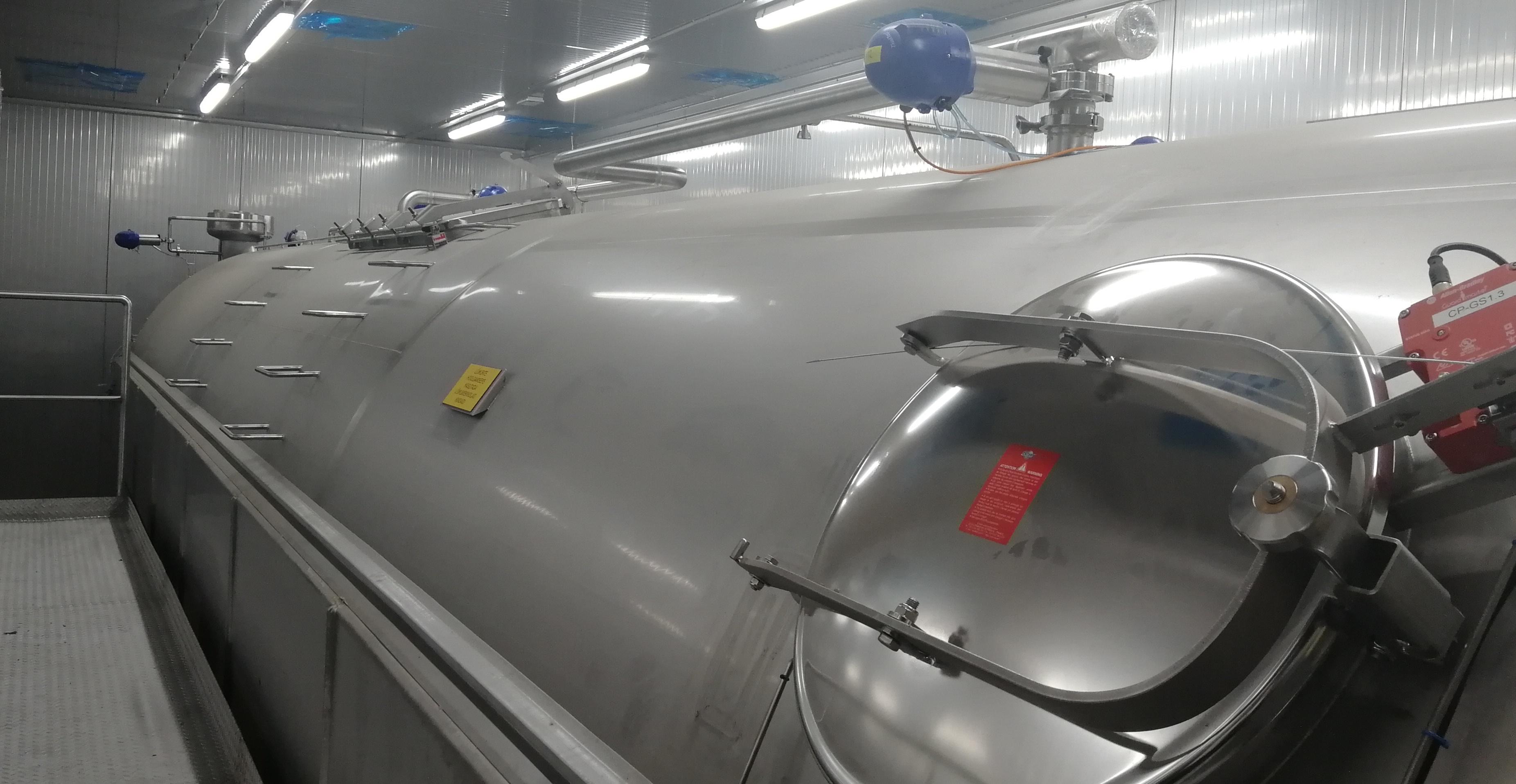 Delivered cottage cheese line includes a cheese vat, a rinser, a dryer and a mixer

Better yields are achieved with a more precise cutter

The cottage cheese line supplied to Estonia is, for the most part, very similar to the one used in Finland at Valio, however, there are some differences.

One of the most notable differences between the new Estonian line and the one delivered to Seinäjoki earlier is in the role of the mixer. Due to slight differences in tastes between Estonian and Finnish consumers, at Laeva Meiere the mixer plays a larger role.

Laeva Meiere has also made improvements to the cheese cutters in the vat. MKT uses the innovative cutting mechanism at a cottage cheese line for the first time. The mechanism reduces the amount of residual cheese dust, and with the steady and more precise cutter a more uniform grain size is achieved, and the amount of residual cheese dust is minimized. The more equal grain size significantly improves the quality and yields of the cheese.

The new MKT line will be introduced in September-October 2018.